Patients of all ages often have the same timeless and stereotypical inquiry when beginning orthodontic treatment: when will I get my braces off? For many years, this query has been associated with negative emotions due to the expectations of a lengthy treatment period, often lasting two to three years or more. It is difficult to believe that orthodontic treatments can now be completed in a matter of 100 days, with minimal pain and suffering. This phenomenon appears to contradict the conventional notion that this type of care requires extended periods of time and can be a painful experience. How can orthodontic treatments that used to take two or more years be accomplished in a fraction of the time and with far fewer unpleasant side effects? 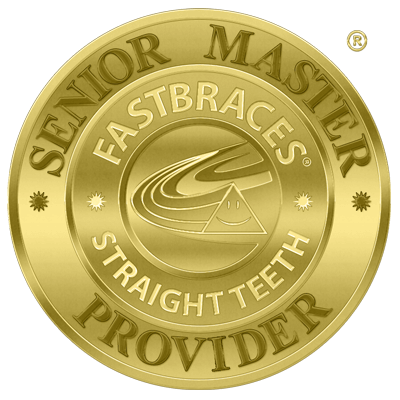 When it comes to the treatment of bodily ailments, the time frame is typically quite brief. Wounds are typically resolved in a matter of days and broken bones usually require up to 90 days of healing. Orthodontic movement, however, can take a significantly longer time to complete. The human organism will dictate the process by which teeth are moved to their desired position. This process, known as eruption, is what takes place when a tooth emerges from the gums until it reaches its final resting place in the dental arch. 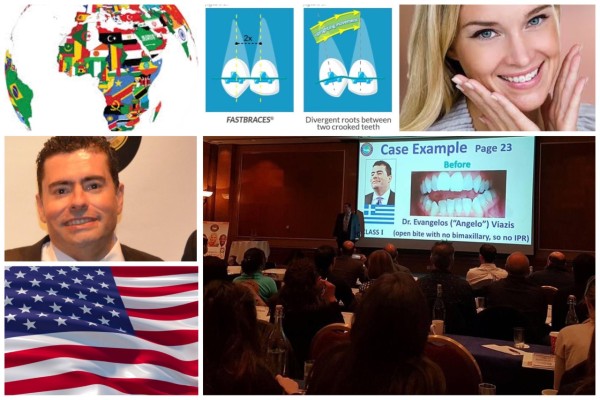 Once the teeth have erupted in their final positions, they must be evaluated for any discrepancies in the eruption process that could be attributed to hypoplasia or hyperplasia of the alveolar bone. In the event that any irregularities are noticed, therapeutic orthodontic intervention may be necessary in order to allow the teeth to complete their eruption process in a manner consistent with normal development.

It is evident that Fastbraces(R) Technology, an American innovation created by Orthodontic Professor and Specialist Orthodontist Anthony Viazis of Dallas, Texas, USA, has attained global recognition during its 30 year lifespan. This technology is renowned for its ability to quickly, safely and easily straighten teeth, even in as little as 100 days, and it is a popular choice among both children and adults. It is being utilized by doctors in more than 50 countries, leading to thousands of successful treatments.

In the 1990s, universities conducted both in vitro and in vivo tests of the high-performing orthodontic bracket systems featured in Fastbraces(R) Technology. In vitro tests examined the system outside of a cell in an artificial environment, while in vivo tests were conducted in natural conditions. Results showed that the triangular braces could move the roots of the teeth towards their final position, referred to as orthoeruprtion, with a single square wire from the beginning of the treatment. This enabled a restoration of the natural alveolar bone morphology with teeth in a straight position. This technology also provided reduced discomfort from the treatment, as the inventor did not prescribe pain medication to his thousands of patients.

The Fastbraces(R) technology is protected by three newly-issued patents that are of particular significance for the correction of maloccluded teeth and the treatment of periodontal disease. This innovative technology permits dental practitioners to stimulate alveolar bone growth and straighten misaligned teeth without the need for extractions or surgical intervention. Moreover, Fastbraces(R) Technology allows clinicians to diagnose and ameliorate orthodontic anomalies and gingivitis over a relatively short period of time with successful patient cooperation.

Fastbraces(R) dental providers have developed a 7-step plan in order to ensure successful treatment and quality results which does not require patient compliance as with orthodontic aligners. Fastbraces(R) technology braces consist of brackets that are esthetically transparent or metallic, along with a lightweight high-tech nickel-titanium wire, which allows for immediate root movement from the beginning of the treatment. Furthermore, this technology can be used to open spaces for implants in a short period of 100 days. To educate dentists worldwide, a facility, known as the “Fastbracesuniversity.com Campus”, was established in Dallas, Texas in 2006. This facility provides Fastbraces(R) Technology Training Programs to thousands of dentists globally.

Who is Evangelos Viazis?

Dr. Evangelos Viazis is a graduate of the Dental School of the University of Athens in Greece, having attained fifth place in the nationwide exams for admission to the school. In 2000, he introduced Fastbraces(R) Technology to Europe and shortly thereafter opened his first private practice in Athens, focusing primarily on general dentistry and orthodontics. In 2004, he limited his practice to orthodontics only, and subsequently opened two additional private practices in 2011 and 2016. Dr. Viazis is the author of the book Fastbraces(R) Greece, Atlas of Clinical Cases, and serves as a member of Orthoworld’s international support team, offering advice and instruction to dentists worldwide on the use of Fastbraces(R) technologies. He has showcased the potential of Fastbraces(R) technology, particularly in the treatment of skeletal cases without jaw surgery, previously unknown. His professional orthodontic Facebook page boasts over 120,000 fans.

Information contained on this page is provided by an independent third-party content provider. Binary News Network and this site make no warranties or representations in connection therewith. If you are affiliated with this page and would like it removed please contact [email protected]

Los Angeles, CA, 5th September 2022, ZEXPRWIRE, Sports betting has long been a risky venture best left to extreme enthusiasts. All that has changed...

Robbinsville Twp, NJ, 30th August 2022, ZEXPRWIRE, US Tires And Window Tint, a company that provides automobile services explains if a car window can...

Slot Fact is an important website that shares tips and guide on how gamblers across the globe can find the best Ethereum slot games...

It is great news for all the crypto enthusiasts that TRX9 a robust cloud mining platform has been launched and making headlines all over...