After two award-winning films, the Jean and Natasha duo is back again and this time with their first music project together. 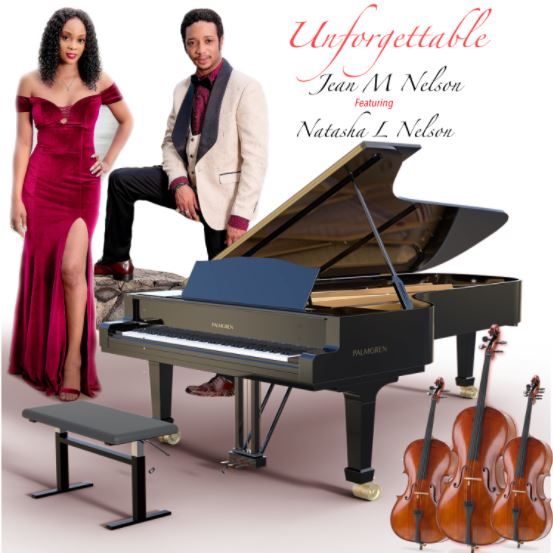 Englewood, US, 26th Nov 2021, ZEXPRWIRE, After making waves with “Rising of the Morn”, award-winning film director and musician Jean M Nelson is all set to launch his new Pop R&B album this weekend. Titled “Unforgettable”, the upcoming release is extremely special for the great artist as this is his FIRST Pop R&B album that features his long-time partner and popular writer and artist Natasha L Nelson.

“Unforgettable” will be officially released on November 26, 2021. Upon release, the album will be available on all popular online music platforms, such as iTunes, Amazon Music, iHeartRadio, Pandora, and so on.

In an exclusive interview, Jean M Nelson shared that the planning of the album started in June 2020 and the project continued till the November of this year. He invited his long-time life partner, co-writer, and producer Natasha to work with him in the musical project while the duo was working on their second film together, “Wonders of the Witches”.

“It’s an exciting moment for me to share with you all that we, I and my partner Natasha, will soon be releasing our first pop and R&B album project together this weekend”, stated Jean M Nelson while announcing the launch of “Unforgettable”.

“This album is unique in so many ways and special for so many reasons, and I can’t wait to share it with the world.”

A multi-talented artist, Jean M Nelson is an award-winning writer//film director, musician, executive producer, cinematographer, editor and actor. One of the most revered names in the Hollywood cinema production scene, Jean has always won hearts and many accolades for his cutting-edge cinematography, film directing, editing, and writing prowess.

Speaking on music, Jean said he deems music as the “key” to balance his life. Losing his mother at an early age, growing up was not easy for him and it’s music that helped him to heal the pain he felt in the past. An avid music lover since his teens, Jean grew up listening to various kinds of artists. He is deeply inspired by legendary artists like Michael Jackson, Whitney Houston, Brian McKnight, Michael Bolton, and Kenny G; it was their iconic works that motivated him to take up music as a professional career. 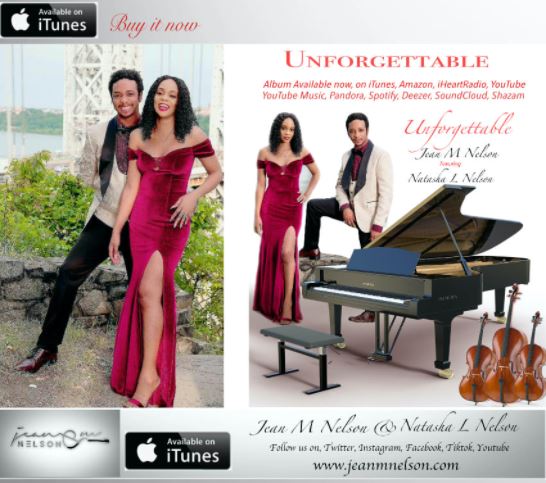 Natasha L Nelson is also an esteemed all-round artist who dons the multiple hats of singer, actress, producer, writer, and CEO of Media Vision Film Production.  Akin to her partner and fellow artist Jean, Natasha too has won several awards and accolades for her amazing projects. She co-wrote her first feature film, “The Passion of Love”, with Jean that won the prestigious 2019 Platinum Award for the Best Feature Film by Hollywood Film Competition as well as 2019 Best Feature Film by Hollywood Forever Film Festival. The duo has also worked together in another award-winning film, “The Wonders of the Witches”. After the release of “Unforgettable”, Natasha will be featured in the famous Ascendant Magazine.

“I am really excited about ‘Unforgettable’, especially because it’s my first musical project with Jean. I have many more miles to go and I can’t wait to share my creativity with the whole world”, said Natasha.

What is Pontem Network ?

Discover Luchi Lewinski and Her Music

iHunt4 looking for charities to partner with

The #1 top-rated Tiffany Pins Buyer | Sell Us Your Jewelry

Kodak, TN, 25th May 2022, ZEXPRWIRE, CBD gummies are one of the most intriguing ways to use cannabinoids. Delta 8 gummies are manufactured by...