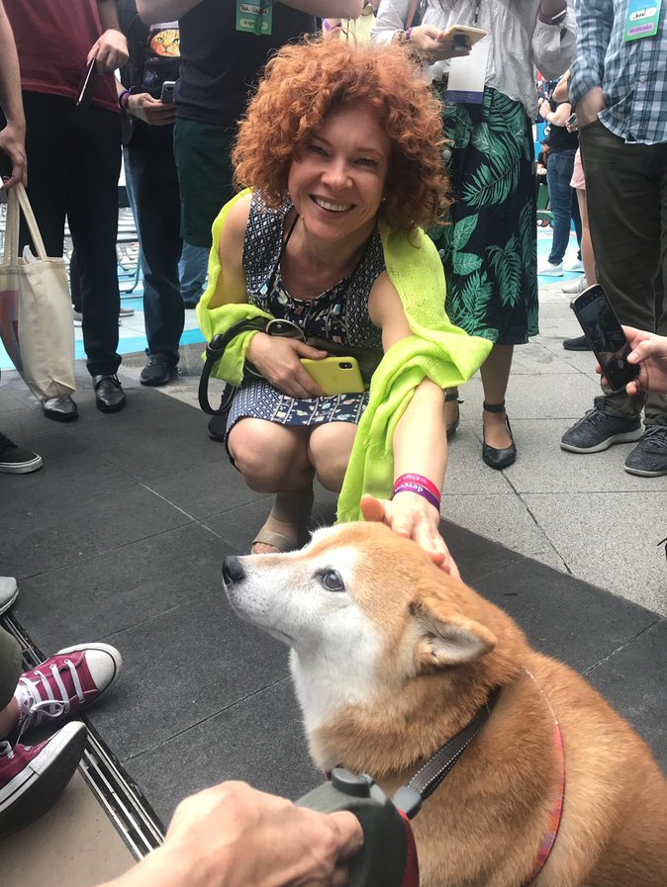 Singapore, 16th Dec 2021, ZEXPRWIRE, MetisDAO is all the talk right now, a project very much under the radar until recently. But what is it and what makes this low Mcap coin so special? After reading up on Metis it surely looks like a project so big it had to be built in secret. It combines everything Vitalik Buterin himself envisioned for Ethereums future. And here’s where it gets really interesting. His mothers involvement in Metis is public and Vitalik knows the Metis CEO and family friend Elena since he was a toddler, it’s quite easy to put two and two together.

It’s finally clear why Metis has been implementing Vitaliks proposals that reach as far back as 2014, like the creation of DACs (more later), all into the huge Metis infrastructure. And why Vitalik is interacting so quickly with Metis programmers on issues essential to Ethereum. Grab a drink

Things didn’t happen by chance. Here is how the story goes:

Years ago, two women, Elena Sinelnikova and Natalia Ameline, were friends in Toronto. Some of their friends would ask them all the time, “What’s blockchain? What’s Bitcoin?” etc.

So they started having little get-togethers with friends over coffee to discuss. Those coffee get-togethers grew to become meetups. Those meetups started expanding throughout Toronto, to other cities and countries. Those humble origins led to the formation of CryptoChicks, one of the largest blockchain advocacy and education non-profits in the world, with a presence in 56(!!!!) different countries.

The growth of CryptoChicks led Elena and Natalia to form a large ecosystem of smart blockchain people, and ultimately a “hatchery” to launch new blockchain projects. It was there that Elena met Yuan Su. Yuan is an absolute genius. He started coding at age 6. He has an incredible analytical mind and massive ambitions. Yet he’s a genuinely great dude, very hip to everything happening in the blockchain and crypto worlds. When he met Elena he was one of the lead devs for IBM’s Hyperledger project. Then there was Kevin Liu. Kevin understands product development and team building better than anyone I’ve ever met. He’s a serial founder who to that point hadn’t found the perfect project.

Together, Elena, Yuan, and Kevin co-founded Metis, with the exact same goal of CryptoChicks: to make blockchain easy and accessible to everyone, from curious coffee-shop ladies to hard-core developers. Founded in early 2019, the Metis team took nearly three years to develop their perfect vision of a blockchain company. On November 19, 2021, that vision culminated in the launch of Andromeda, the first version of Metis’ Layer 2 mainnet.

In the blockchain world, everyone wants to know what’s new, what’s different, and what’s better. That naturally leads people to ask: What makes Metis new, different, and better than other Optimistic Rollups, as well as other scaling solutions, L2’s and even some Layer 1 networks.

As EVM Equivalence tokenized Optimistic Rollup only, Metis is uniquely positioned to address all of the three elements of the Blockchain Trilemma: security, decentralization, and scalability.

Layer 1 networks like Solana and commit chains like Polygon are fast, cheap, and highly scalable…but they compromise when it comes to security and decentralization, since neither are built directly on top of Ethereum. Some rival Layer 2 rollups have the opposite problem, where they fall short when it comes to providing the fast and cheap transactions that users demand.

– IPFS storage to allow for files and NFTs to be natively! stored

– future proof EVM tech, Ethereum 2.0 sharding will be built on top of it, so Metis might even be considered the base of ETH 2.0

Unlike zK Rollups, even after they are fully operational in a year or a couple of years, Metis has no walled garden effect that will make it too difficult for average developers to deploy their dApps due to complexity issues.

Metis inherits Optimism’s EVM Equivalence, making it a snap to integrate any ERC-20 smart contract onto its L2. And by the time ZKs are fully operational a potential rollup war might already be over anyway.

By contrast, Metis always refers back to the “Blockchain for Everyone” roots that date all the way back to the CryptoChicks days. For starters, Metis inherits Optimism’s EVM Equivalence, making it a snap to integrate any ERC-20 smart contract onto the Andromeda Layer 2 network. But that’s not all. Metis recently launched Polis, a kind of blockchain middleware. Powered by smart contract templates, Metis will enable both overwhelmed blockchain developers and even total blockchain newbies from the Web2 world to migrate onto Andromeda in just a couple of blocks, with zero blockchain experience or expertise required.

Metis also laps other networks in terms of community benefits. The first ever native Layer 2 DEX, Netswap, just launched on the Metis Andromeda network. In addition to lightning-fast, dirt-cheap swaps, Netswap serves as a one-stop shop for DeFi apes, with staking, farms, and other functions about to launch. But more than that, it’s also releasing its own launchpad soon; holders of $METIS and $NETT tokens will gain early access to IDOs of Metis partner projects that launch on Netswap, the type of benefit normally reserved for VC firms and other whales only.

Moreover, a flood of new DApps is about to pour onto Andromeda. The first wave is coming from the pending end of the $1 million Metis Hackathon, which has brought in hundreds of developers to migrate popular Web2 and Web3 applications, as well as DeFi, NFT, Gaming, and Social Good DApps to the Metis network. The second wave is coming as projects run to Metis to benefit from the recently launched $100 Million Genesi Ecosystem DAC. Funded by both Metis and its investor partners and coordinated by Natalia Ameline, Genesi offers Metis partners much needed funds to scale operations, combining with the tech and marketing benefits of partnership to turn Metis into a hub that helps early-stage projects grow into future unicorns.

Pretty ambitious and aggressive partnership incentives for a project with a market cap of about $100 million. And no surprise that just three weeks after mainnet launch, Metis had already built a booming ecosystem of more than 60 partners from the fields of DeFi, NFT, DAO, Gaming, Metaverse, Launchpads, Infrastructure, SocialFi, and Web2.

The final and most powerful piece of the puzzle lies in an innovation called DACs. Introduced by Ethereum founder Vitalik Buterin in 2014, DACs are Decentralized Autonomous Companies – entities that go beyond the simple voting and governance functions of DAOs, instead giving people and enterprises the ability to build entire decentralized businesses on blockchain. For seven years, no one ran with the idea of DACs, at least not in the way that Buterin envisioned.

Today, Metis is fulfilling Vitalik’s vision. Metis DACs are decentralized businesses that take all of the tools needed to run a company (ERP/CRM software, payroll management tools, Slack-like messaging, etc.), port them onto blockchain, and integrate those tools into templates that enable any group — from blockchain companies to a non-blockchain giant like Nike or Amazon to a group of friends who want to trade NFTs with each other — to do everything that a business would do in the “real world”, but backed by all the data optimization of blockchain, the security and decentralization of Ethereum, and the few-second, few-cent transactions that Metis will very soon offer. The potential of Metis DACs is nearly limitless, with the Metis team recently unveiling a use case that will enable DACs to serve as essential parts of Metaverse projects, an approach which has already helped deliver multiple Metaverse partners to the Metisverse. Metis also plans to be pioneers in the field of NFT bridges (interacting with Vitalik directly on this topic).

Metis still has an incredibly low market cap due to mainstream attention only getting started as we speak. And the fact that they already have put together a $100M fund from VCs (managed by Vitaliks mother) to support just the Metis ecosystem is simply insane. Binance was one of their $1M hackathon sponsors. They already have more than 60 partners from the fields of DeFi, NFT, DAO, Gaming, Metaverse, Launchpads, Infrastructure, SocialFi and Web2 onboarded and have a huge backlog of projects waiting to be implemented. The CEO Elena and Natalia, Vitaliks mother, are deeply connected within the ETH community and also helped Aave to become what it is today. Needless to say Aave is being integrated into Metis at this moment. They managed to secure sponsorships by the likes of Microsoft, IBM and the Royal Bank of Canada for their Cryptochicks organisation, and “coincidentally” the Metis team gave a presentaion of their tech to the Royal Bank. We can probably expect a whole lot in the future.

Between DACs, superior scalability, and becoming the first Layer 2 project to ever release a full decentralization roadmap (100% of Metis’ infrastructure will be governed by the community, not the team), Metis is delivering on Vitalik’s vision in all its forms. Of course we probably shouldn’t be surprised to see this rising superstar project make good on the plans put forth by the most influential person in blockchain. After all, Natalia Ameline is Vitalik’s mother, and her best friend Elena Sinelnikova can tell Vitalik stories dating back to when he was in diapers.

The Nashville Chapter of the Religion Communicators Council (RCC) meets monthly to talk about topics of interest and hear from professionals in religious communications. ...

Houston, Texas, 27th July 2022, ZEXPRWIRE, The size of the hair extension market in the U.S is forecasted to double from its current value of...

Duabi, UAE, June 9, 2022, ZEXPRWIRE, LedgerFi IT Solutions- a Dubai-based emerging blockchain company has secured its pre-seed round of funding from a private...

Ace Per Head, a pay-per-head service and betting software provider, is enabling the horse-betting scene to thrive with its new and innovative racebook. Puntarenas, Costa...

Fashion with passion- by women, and for women