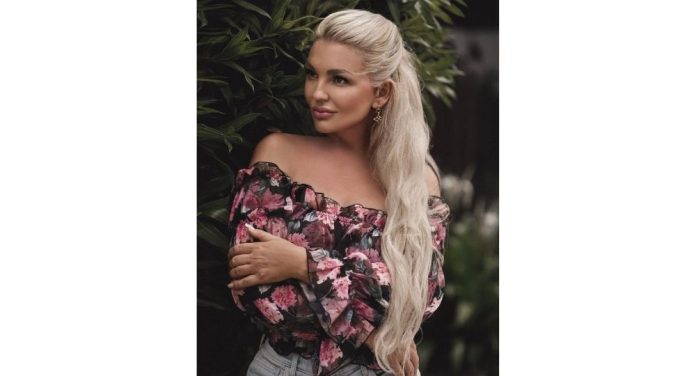 During a red carpet event held in Dubai earlier this month, it was the official announcement of the winners in the tourism industry in the region, where the SPA owned by the international celebrity Tatiana Tretyak took the golden trophy and the first place.

The winner of best tourism influencer of the year, the celebrity producer in the middle east, Tatiana Tretyak is entering Q3 2022 with a blast news, as she is preparing to expand her business to include the production of platform based series and shows

Tatiana who is considered one of the top influencers in the region, with her creative content that covered Europe, Asia, Africa and the Middle East, had already witnessed the birth of her first project in the region, which was a cinematic interior studio that produced tons of original content over the past 2 years

Based on that success, Tatiana expanded towards having her own fashion brand that carries her name Tatiana Tretyak Brand, the trendy casual fashion styles that rapidly became the topic of the hour among fashion and style lovers in the region, adding to that winning best SPA in the region, as Tretyak expanded into the SPA industry as well

The expansion came as a logical progress to her success in the studio business, and the next production is set to be broadcasted over large platforms such as Netflix, Shahed, Wayak and similar high end platforms

The series is planned to be of 8 episodes for season one, and might be extended to another 8 of season 2 depends on the success and demand of the audience

Script, story, and details on who are the stars participating in this one are yet to be announced, as the media and PR team of Tatiana are so keen to keep things moving low profile until officially announced, however reports kept on linking this series with Egyptian, Lebanese and Syrian stars who are based in Dubai in addition to a European star as the story of the show is taking place in Dubai, hence the diversity of nationalities came in line with the story board.

Reports added that an official announcement is almost confirmed and planned mid-June right after Eid Holidays in the region, and a red carpet event is been prepared with tons of media and A List celebrities attending the even.

Start with NFT is thrilled to announce that it will be expanding its business development and consultancy services from Denver, Colorado to Vancouver, Canada. Denver,...

Chichester, UK, 18th August 2022, ZEXPRWIRE, Chichester Gym’s result-oriented and magical fast fitness transformation is no longer a mystery. The company is ready to...

Evaluating The Hour.co one of the Top Virtual Assistant Companies of 2021

New York, USA, January 13, 2021, ZEXPRWIRE, There are several perks of hiring a VA . Many of which include significantly reducing the costs, being able...

“Wake Up with Patti Katter” is a podcast featuring extraordinary guests with inspiring stories that have the power to change the way we live,...

R223 Cryptocurrency In The Process Of Revolutionizing The Real Estate Industry

Chandigarh, India, 26th July 2022, ZEXPRWIRE, After having a very successful outcome in tri-city Chandigarh and Delhi RideBoom is preparing to launch its service...